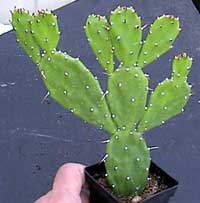 In a strongly connected directed graph, there is for every pair $u,v$ of vertices some directed cycle (not necessarily simple) that visits both $u$ and $v$.

The reason for the name is that a “cactus” consists of several simple cycles connected to each other in a tree-like fashion, making it look somewhat like a cactus.

Write a program that given a directed graph determines if it is a cactus or not. The graph can have several thousand vertices.

If the graph is a cactus, output “YES”, otherwise output “NO”.