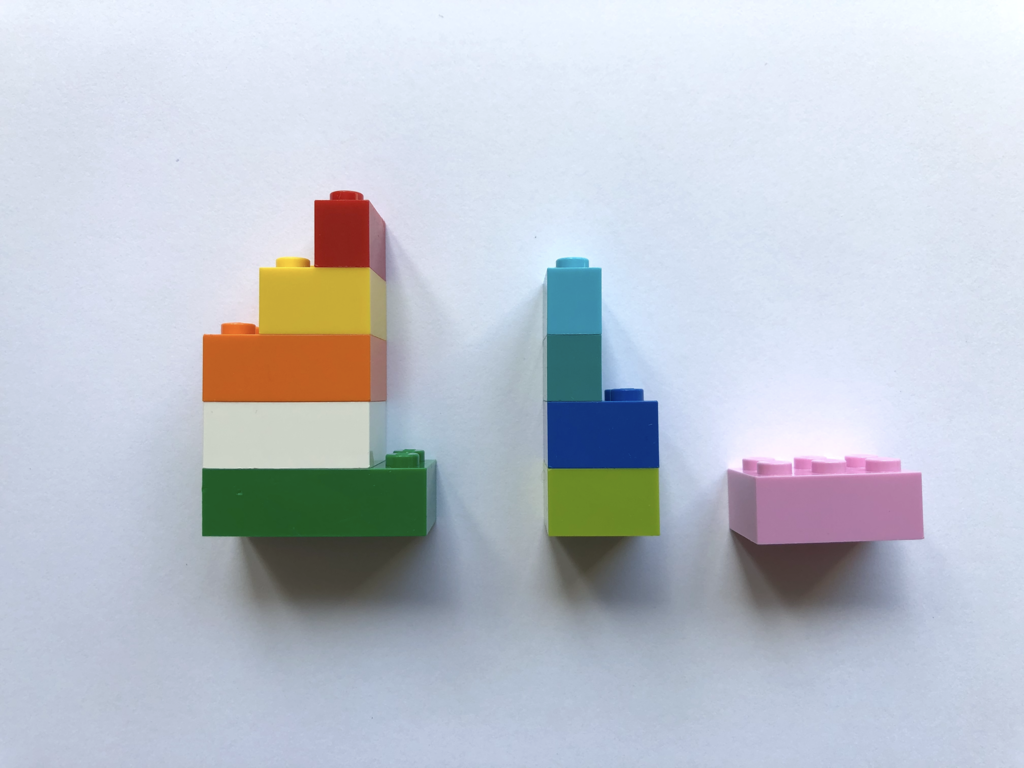 Given the ordering and widths of the bricks, how many towers is Kim going to build?

A single integer, the number of resulting towers.