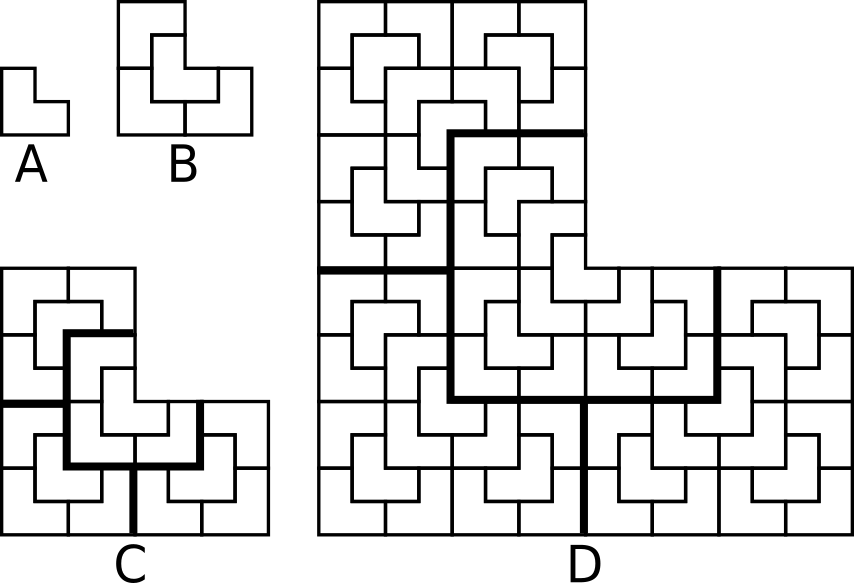 The $L$-tromino is composed of three unit squares arranged as shown in part A of the illustration to the right. The $L$-tromino is also an example of a rep-tile because four $L$-trominos can be arranged to make a replica of itself that is twice as tall and twice as wide, as shown in B. Rep-tiles are interesting because, once they can tile themselves, they can recursively tile as much of the plane as we want, as suggested in C and D. Part C is made from four copies of B, and D is made from four copies of C. Figure 1 shows the first quadrant of the plane completely tiled by $L$-trominos by repeating the same procedure.

For this problem, you will be given a square in the first quadrant, and your task is to find the orientation of the $L$-tromino covering that square. The unit squares of the first quadrant are numbered $0, 1, 2, \ldots $ in the $x$- and $y$-directions, as shown. The dots, in order from left to right, correspond to the first four sample inputs. 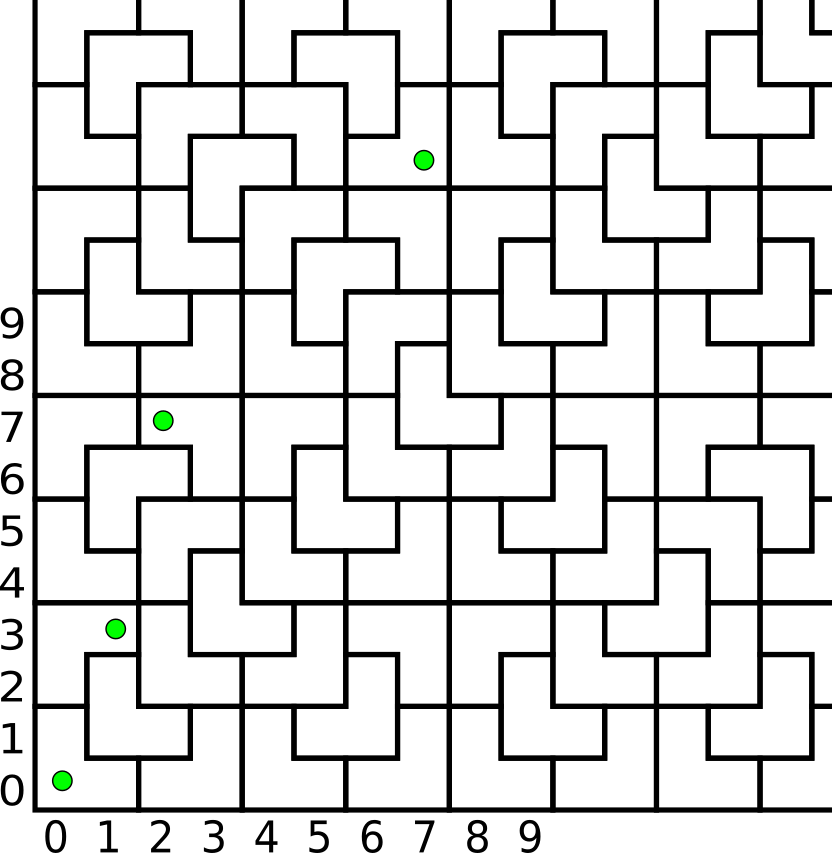 For each case, output the orientation of the $L$-tromino that covers the given square, one line per case, where the orientations are shown in Figure 2.