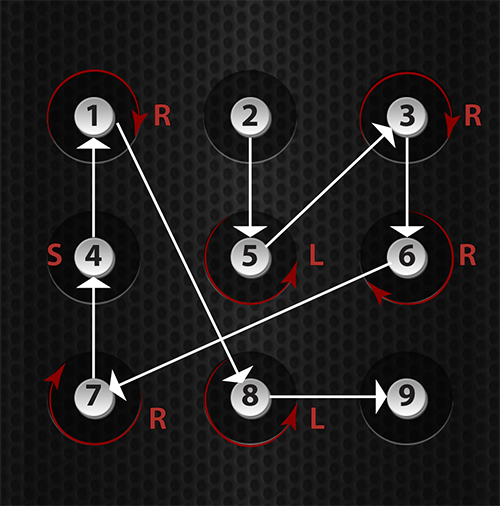 Given a turn sequence, with some of the directional changes replaced by question marks (‘?’), which mean we can take any direction at those pivots, how many different unlock patterns are consistent with this turn sequence?

The input has a single string of length seven. The string consists of characters ‘L’, ‘R’, ‘S’, ‘A’ and ‘?’ that describe the directional changes at the pivots in the order of their visit.

Output the number of different unlock patterns that have a turn sequence matching the input.